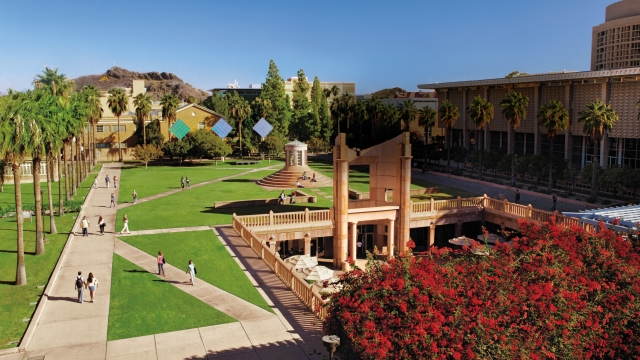 A Newsy investigation finds colleges and universities have not yet distributed millions of dollars in emergency CARES Act grants to students in need.

Arizona State University student Jessica Antonio is still hoping to receive a federal CARES Act grant to help pay for her schooling turned upside down by the coronavirus.

The federal government sent $7 billion to colleges and universities this spring to distribute to students struggling with the costs of transitioning to online learning.

“The Education Department said the goal is to get this money as quickly as possible into the hands of the students that need it,” said Peter Granville, senior policy associate at The Century Foundation.

But Arizona State and other universities are opting not to give out all of the money just yet, even as students like Antonio say they could have used the help months ago.

“It’s not right,” Antonio said. "Some [students] are dealing with being behind on rent, getting evicted."

Newsy reviewed those records and discovered many schools have distributed almost every last dollar to students, but other schools, including Arizona State, are keeping millions of dollars of aid in the bank for now.

Florida State, Kent State, New York University, the University of Montana and the University of Virginia all have more than $2 million in CARES Act funding remaining to give to students, according to their most disclosure reports.

Some of the slow awarding of funds has resulted from the U.S. Department of Education taking almost three months to finalize rules for distributing the grants, said Megan Coval, vice president of policy and federal relations at the National Association of Student Financial Aid Administrators.

“This has been a really long and complicated process,” Coval said. “Our experience has been that schools wanted to get money out the door and were frustrated by some of the hiccups.”

The Department of Education has given universities a year to award all the funds.

Multiple schools told Newsy they are saving some grant money for students who might need it in the coming months.

Gridlock in Washington may prevent another infusion of aid as the pandemic drags on.

Arizona State said it has distributed $8 million in other aid to students in need and has given away thousands of laptops.

The university said it is reserving a large portion of CARES Act funds for the fall.

“We were careful and thoughtful in our final CARES Act plan, which reflected input from many, including students,” university spokesman Christopher Fiscus said.

Jessica Antonio said she relied on disability aid and a local food bank to get through spring semester.

“I scavenged,” she said. “It’s one of those things where you just have to do what you can, figure out where the support is.”