Upfronts Give Us First Look At Weirdest Fall TV Shows 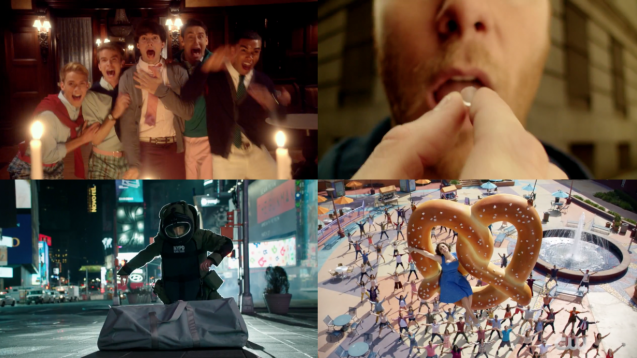 Thanks to networks attempting to entice advertisers, we now have a look at the new TV shows coming this fall. Here are some of the weirder ones.

TV upfronts — the time of year where TV networks parade their new shows out to the press in search of the increasingly-elusive advertising dollar — have come and gone.

And, luckily for us, when TV networks try to line up advertisers, it also means that we get our first look at shows coming next fall.

Of course, there are the obligatory reboots, movie adaptations and superheroes, but we also got some shows this year that are pretty unique — or, let's say, downright weird.

Fox's new show "Screams Queens" is the first of the bizarre new shows to come to mind. It's an anthology series from "American Horror Story" scribe Ryan Murphy.

The show looks like some kind of pulpy horror/comedy hybrid. It will center around a sorority dealing with a serial killer murdering his way through campus in a parody of classic slasher films.

It sounds like something that would be more at home on Comedy Central or even MTV, but Fox must have some faith in it if they're giving it a series order.

The next weirdest is The CW's aptly-named "Crazy Ex-Girlfriend." It's strange enough that a show originally developed for Showtime found itself on regular cable, but it's even more weird that it's on the CW.

That network seemed to be placing most of its bets on good looking people with super powers and incredibly melodramatic lives.

But with its new show, The CW seems to be aiming for the lighter side of things.

"Crazy Ex-Girlfriend" is an hourlong dramedy-musical about a woman who gives up her successful career to follow her ex-boyfriend from college across the country. While the elevator pitch seems a bit odd, the show does seem to have its own sense of humor.

Then, on the darker side, we've got NBC's "Blindspot." A woman is discovered naked and stuffed in a duffel bag in Times Square with no memory of how she got there. But the fresh tattoos covering her body will unravel some kind of mystery involving a terror plot ... maybe.

Jaimie Alexander stars as the mystery girl and Sullivan Stapleton plays an FBI agent investigating... something. Yeah, we really don't know a lot right now, including whether the unusual but intriguing setup will pay off.

So along with the seemingly endless comic book adaptations, TV networks did manage to give people with superhero fatigue a few unique series to look forward to.