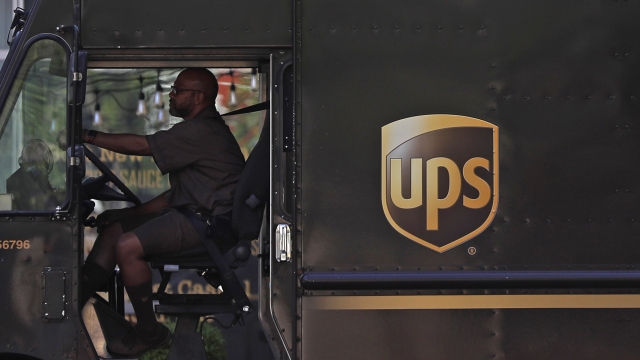 Over the weekend, the post office warned states it cannot promise all mail-in ballots would be delivered in time to be counted by the November election. Social media calls suggested commercial package delivery companies could step in to deliver ballots for free.

In a statement, UPS said services like itself and FedEx are not authorized to deliver mail-in ballots because, "state ballots must be postmarked to be considered valid and only the USPS has lawful postmarking status."

Aside from postmarking requirements, private carriers like UPS and FedEx don't have the same scheduling or coverage as the Postal Service and usually only visit homes for deliveries or pre-arranged pickups.

In recent months, the Postal Service has faced several challenges, including backlogs of mail. Last week, in a letter to Democratic lawmakers, the Postal Service signaled it is shifting or removing equipment to maximize efficiency and instructing employees to leave mail behind if it delays their trips.

On Friday, former president Barack Obama charged that President Trump is trying to “kneecap” the US Postal Service to prevent people from voting in the November election. Without evidence, President Trump says that mail-in voting will lead to election fraud. On Sunday, House Speaker Nancy Pelosi said she is calling in Postmaster General Louis DeJoy and USPS Board Chair Robert Duncan to testify at an emergency hearing on Aug. 24.