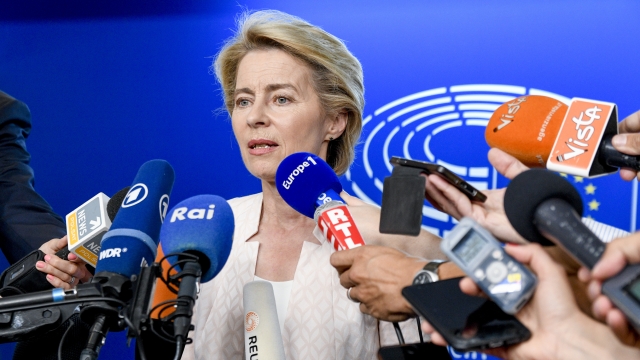 Ursula von der Leyen could become the European Commission's first-ever female president — if her nomination makes it past the European Parliament.

Von der Leyen was tapped for the role during a summit of EU heads of state; her nomination still has to make it through the European Parliament. She emerged as a surprise consensus pick among EU leaders after Parliament's preferred candidates failed to win enough support.

Von der Leyen is a strong proponent of a more integrated Europe, but her time as the head of Germany's infamously troubled defense sector hasn't won her much support back home. She's faced scrutiny over how her department broke several profitable consultancy contracts. And a military review released by a German lawmaker this year included the line: "Many soldiers tell me: 'We are micro-managing ourselves to death.'"

If approved, Von der Leyen will take over for current Commission president Jean-Claude Juncker when he retires on October 31. She'll likely have to immediately grapple with Britain's pending exit from the bloc, which is supposed to take place on that same date.

But only Michel's job is guaranteed; the rest of the nominees still have to win a simple majority vote in the European Parliament.