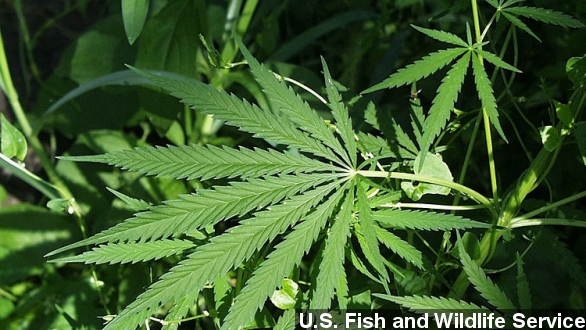 By a vote of 16-13, Uruguay's Senate voted to allow government-sponsored sale, distribution and production of the drug.

​Uruguay will become the world’s first country to put the production and trade of marijuana entirely in the hands of the government.

By a vote of 16-13, the Senate voted to allow government-sponsored sale, distribution and production of the drug. The bill now goes to President Jose Mujica desk for his signature, and he’s promised to sign it. (Via RT)

While smoking pot has long been legal in the Netherlands, Uruguay is going a step further. Until now, even the most liberal nations banned cannabis cultivation. The new law allows those over the age of 18 to buy from any state-regulated pharmacy.  (Via YouTube /JDTV)

Specifically, registered users can grow as many as six marijuana plants at home. Sales must be limited to 40g per month, and the price of marijuana will be $1/gram — designed to undermine the price of $1.40 on the illegal market. (Via U.S. Fish and Wildlife Service)

It’s a risky move by Uruguayan politicians. Most public opinion polls show most in Uruguay actually oppose the legalization of pot. (Via Cifra / Gonzalez Rage & Associados)

And they're not alone. Uruguay’s Latin American neighbors are nervous of potential spillover of the drug. But they’ll also be closely watching to see if the social experiment ends up being a successful alternative to the so-called “war on drugs.” (Via CCTV)

​And according to lawmakers in Montevideo, it will. They argue the new law will help put drug traffickers out of business and curb the violence from drug cartels. But the critics argue it will only promote drug use, especially among young people.

“There will be a higher availability of marijuana, and as a result, the perception of it as a dangerous drug will be lowered. Therefore consumption will grow.” (Via BBC)

The law will take effect in four months — about the time the government expects the first cannabis harvest will be ready.