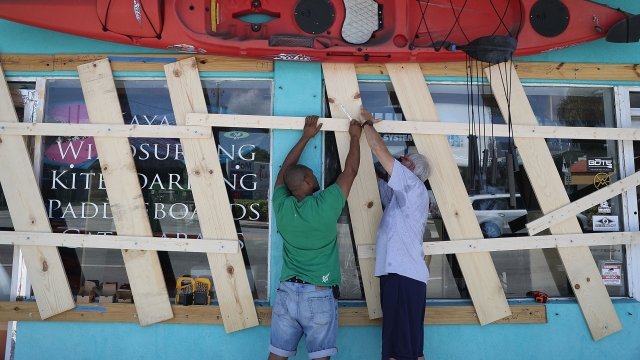 According to the Department of Labor, the U.S. economy added 261,000 jobs in October. That's a big jump from the previous month.

The economy took a hit from 2017's strong hurricane season. Now, it looks like U.S. workers are getting back on their feet.

According to the Department of Labor, the U.S. economy added 261,000 jobs in October.

That's a big jump from the previous month, which only saw a gain of 18,000 jobs.

The government previously estimated a loss of 33,000 jobs for the month of September after hurricanes Harvey and Irma made landfall.

That number wasn't exactly shocking. A lot of businesses closed when Harvey and Irma hit. And some still weren't up and running when that data was collected.

But experts predicted it wouldn't be long before the economy bounced back. And it seems they were right — as The New York Times notes, many storm-affected employees were able to go back to work in October.