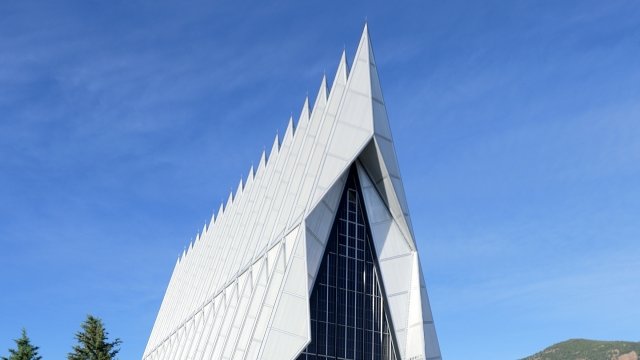 One of the cadets supposedly targeted by racist graffiti at the U.S. Air Force Academy has admitted to writing the offensive words himself.

An investigation into racist graffiti at the U.S. Air Force Academy has wrapped up, and one of the supposed victims confessed to writing the slurs.

One of the five cadets who found racial epithets on their dorm room message boards in September admitted responsibility. The cadet was disciplined and no longer attends the school.

President Trump's latest executive order is expected to help fill a shortage of 1,500 pilots in the U.S. Air Force.

The school hasn't given out much more information about the incident, but local newspaper The Gazette reports the cadet may have been trying to deflect from other allegations of misconduct against him.

"If you can't treat someone with dignity and respect, then you need to get out," Silveria said.

Silveria said Tuesday that "regardless of the circumstances under which those words were written, they were written, and that deserved to be addressed. ... You can never over-emphasize the need for a culture of dignity and respect."