US And China Agree To A Short-Term Trade Truce 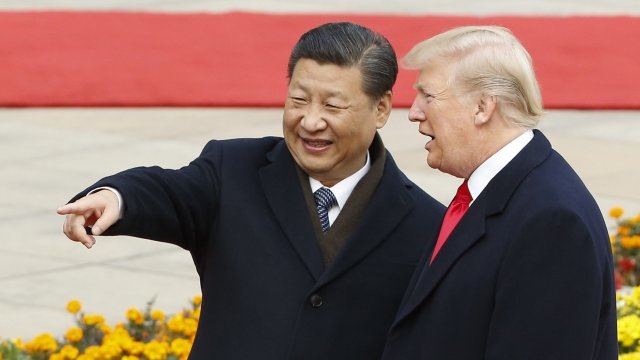 The White House said in a statement that President Donald Trump has agreed to leave tariffs on some $200 billion worth of Chinese goods at 10 percent.

The U.S. and China have agreed to a short-term trade truce.

It all went down at dinner after the G20 summit in Argentina on Saturday. The White House said in a statement that President Donald Trump has agreed to leave tariffs on some $200 billion worth of Chinese goods at 10 percent.

The commander-in-chief had previously said it was "highly unlikely" he would hold off on bumping that duty up to 25 percent come Jan. 1.

Trump and Chinese President Xi Jinping said they would start negotiations immediately regarding some key sticking points between the two countries, like cyber intrusions and intellectual property protection.

But, if they can't reach some sort of agreement within 90 days, U.S. tariffs on some Chinese goods will be hiked to 25 percent.