US And Taliban Meet For Renewed Peace Talks In Qatar 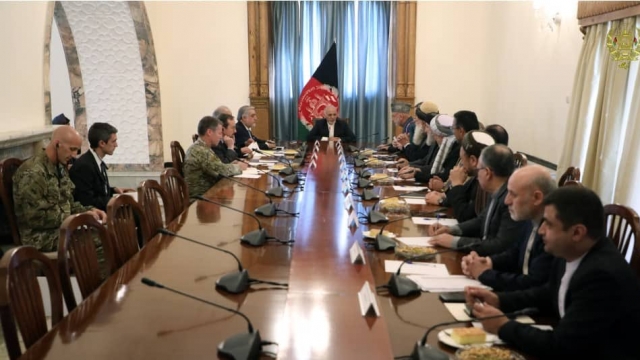 The goal of the discussions is to mediate peace in Afghanistan.

The U.S. and Taliban kickstarted a new round of peace talks in Qatar.

The goal of the discussions is to mediate peace in Afghanistan.

In March, the U.S.'s chief negotiator Zalmay Khalilzad said that the two parties had agreed to draft solutions to solve at least two outstanding issues: the Taliban keeping Afghan land from being used by terrorist organizations and the U.S. withdrawing its troops from the country.

The U.S. also wanted a cease-fire and for the militant group and Afghan government to open direct lines of communication. But the Taliban really only wants to deal with the U.S., since it sees America as occupiers. Nothing is official yet, and the Taliban and U.S. negotiators have been going back and forth for months.

The war in Afghanistan is the U.S.'s longest war, now in its 18th year.

As peace talks continue, the U.S. military announced it's going to stop tracking the amount of Afghan territory controlled or influenced by the country's government or militants. The U.S.-commanded NATO Resolute Support said the assessment was "of limited decision-making value to the [RS] Commander."