US Ties To Arab World May Weaken If Trump Recognizes Jerusalem 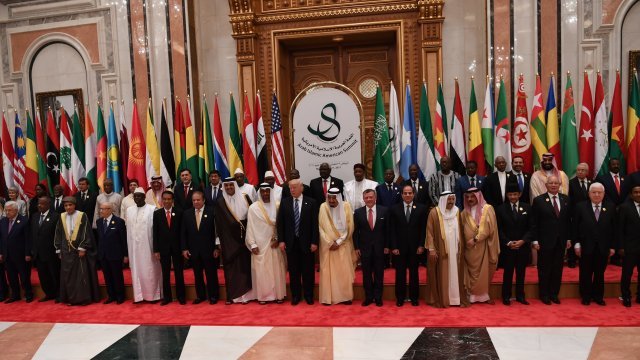 Several Arab leaders have directly cautioned Trump on his decision.

Moving the U.S. Embassy in Israel from Tel Aviv to Jerusalem could risk harming American alliances with the Arab world.

Palestinians have warned moving the embassy — and recognizing Jerusalem as Israel's capital — could end chances of peace talks and sever relations between Palestinians and the U.S.

The move may also strain relations with Turkey, a strong economic and military ally to the U.S. Turkey's president said his country could cut diplomatic ties with Israel if President Donald Trump goes through with the decision.

The Arab League warned the move would trigger violence. The league has 22 member nations, including Palestine as a recognized independent state. The group's secretary-general said the change "only benefits one side."

Israeli politicians have remained mum on the news, but it's well-known the country wants Jerusalem to be internationally recognized as its capital.

Turkey's president called Jerusalem a "red line for Muslims"; Jordan's King Abdullah II said in a statement changing the status of Jerusalem would "fuel the feelings of Muslims and Christians."