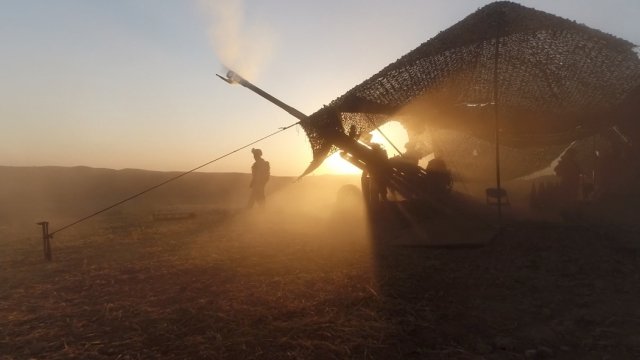 CNN reports Russian contractors might have been involved in what U.S.-led forces called an unprovoked attack.

U.S.-led forces in Syria say they struck a group of pro-regime fighters Wednesday in response to what they called an unprovoked attack — a ratchet up in tensions there.

The U.S. mission working to defeat ISIS in Iraq and Syria said they were with Syrian Democratic Forces at their headquarters when fighters supporting Syrian President Bashar al-Assad attacked them. A U.S. official says no Americans were hurt.

That attack, though, spurred a counterstrike from the U.S.-led coalition. They used artillery and aircraft.

And now CNN reports Russian contractors working to prop up the Assad regime might have been involved in the initial attack on Syrian Democratic Forces.