The US Won 4G, But It's Falling Behind In A Contested 5G Race 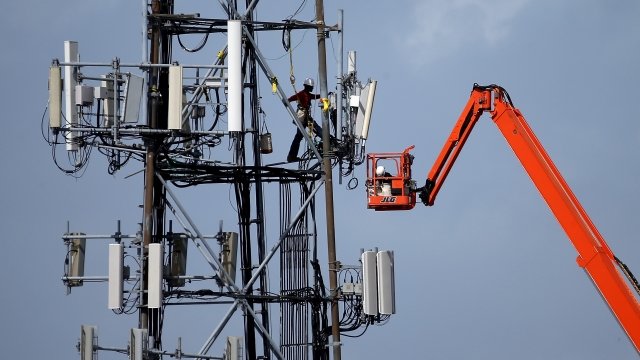 The U.S. won the 4G race, and that brought a big economic boost to its GDP. However, in the 5G race, the U.S. is behind — but it could catch up.

The U.S. currently trails South Korea and China in the worldwide economic race to build fifth-generation wireless networks. But the competition is still close, and whoever wins stands to gain more than bragging rights.

Countries with the fastest wireless networks enjoy a slew of economic benefits. When the U.S. won the 4G race earlier this decade, it provided a nearly $100 billion boost to gross domestic product.

And the stakes of the 5G race are even higher. If the U.S. wins, it would create an estimated 3 million jobs and add approximately $500 billion to GDP.

But experts ranked China and South Korea ahead of the U.S. because those governments have worked alongside their biggest wireless providers on specific 5G rollout plans. Both countries have already opened up significant amounts of high- and mid-spectrum space to run extensive 5G trials.

If the U.S. wants to catch up, experts say wireless companies and policymakers need to speed up their 5G adoption process. Right now, 5G trials and spectrum auctions aren't expected until the end of this year — too slow to climb the ranks.