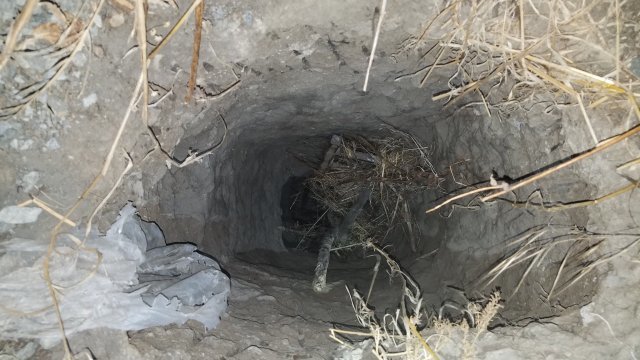 It's not unusual for drug cartels to reclaim old tunnels on the Mexican side of the border, and that's what may have happened here.

U.S. Customs and Border enforcement agents say the tunnel looks like an extension of an older tunnel Mexican authorities had seized before.

Which makes sense. Mexico says it doesn't have the money to fill in the tunnels it finds, so the country just seals the entrances, leaving the rest intact.

Smugglers Are Boosting Prices To Sneak People Across The US Border

The Department of Homeland Security reports smuggling prices have jumped more than 100 percent since November.

It's cheaper, too: A new tunnel can cost the cartels between $800 thousand and $1 million.

The U.S. side of this particular tunnel is likely to be filled in soon. Once they've been cleared, authorities fill tunnels with cement, but only up to the Mexican border.