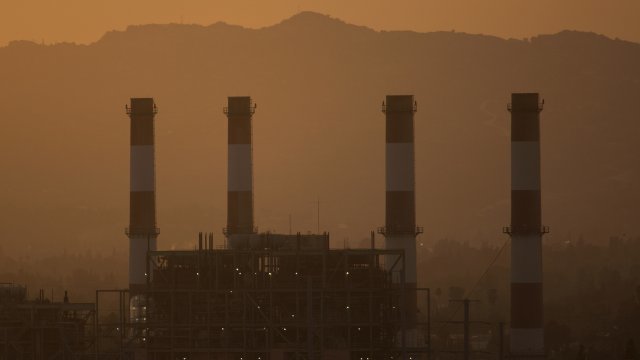 Independent research firm Rhodium Group says emissions from fossil fuel combustion in the U.S. shot up by 3.4 percent in 2018.

The U.S. saw a significant spike in carbon dioxide emissions last year, this according to a preliminary estimate released Tuesday.

Independent research firm Rhodium Group says emissions from fossil fuel combustion in the U.S. shot up by 3.4 percent in 2018. That's the second largest increase in the last two decades.

As The New York Times notes, the estimate comes after three straight years of declining fossil fuel emissions in the U.S., thanks in part to surges in lower-cost renewable energy and natural gas.

But researchers say 2018's spike is largely due to an increase in economic growth. And the U.S. is sorely lacking in policies to get those emissions under control.

Even with last year's increase, American carbon dioxide emissions are still down about 11 percent since 2005.