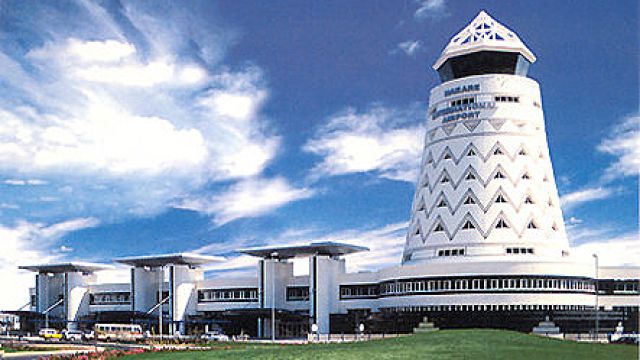 A U.S.-registered cargo plane carrying South African rand is being held at an airport in Zimbabwe after workers found a dead body inside.

A U.S.-registered cargo plane has been impounded at an airport in Zimbabwe after workers reportedly found a dead body inside.

State-run newspaper The Herald reports the MD-11 trijet is being held at Harare International Airport after workers spotted blood dripping from the aircraft during a routine fuel stop. Inside, they found a dead body and "millions" of South African rand.

Officials can explain the money, as the plane was reportedly flying from Germany to South Africa carrying new rand notes to the South African Reserve Bank. It's the dead body officials are still investigating.

SABC reports South Africa's ambassador to Zimbabwe is speculating the body might be that of a stowaway.

"It was reportedly found in the cargo section, which is almost on the underbelly of the plane," an SABC reporter said.

Officials say the plane is registered to Florida-based Western Global Airlines and its crew included two Americans, a South African and a Pakistani.