US Commandos Accidentally Show Up In Libya, Immediately Leave 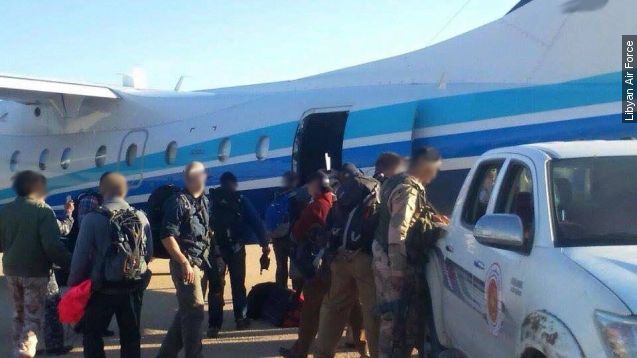 U.S. commandos apparently landed at the wrong airport in Libya this week. Photos of the incident appeared on the Facebook page of Libya's air force.

These are U.S. commandos. In western Libya. They left almost as soon as they got there.

The Libyan air force posted the pictures on its Facebook page. According to a statement, it had no idea the soldiers were going to show up.

An anonymous U.S. defense official confirmed the incident to NBC. He suggested a lack of coordination was to blame.

Between the rival governments, a renegade general, freewheeling militias and ISIS — it’s no surprise coordinating anything in Libya would be a challenge.