The US Divorce Rate Hits Another Low 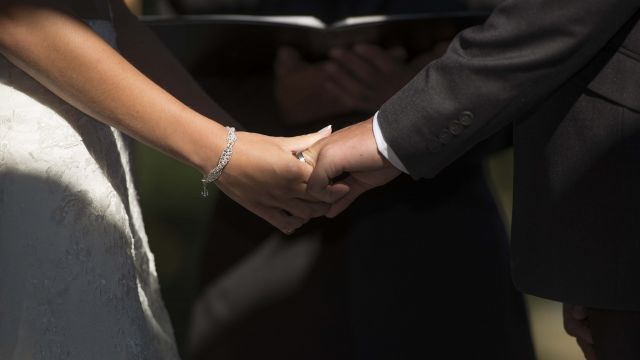 According to the National Center for Family & Marriage Research, the divorce rate has dropped 25 percent since 1980.

The divorce rate in the U.S. has hit another low.

To get the stat, researchers with the National Center for Family & Marriage Research at Bowling Green State University in Ohio specifically looked at the number of women divorced in the last year. It's important to note that this methodology leaves out some marriages, like those between men.

It's the third year in a row the rate has dropped, so why does other research show half of all marriages still end in divorce?

Well, one answer is generational differences. The baby-boomer generation has long had a particularly high divorce rate.

Over the past 25 years, the rate's been falling for younger people, but during roughly that same period, it tripled for those over 65.

And younger couples today have been called more selective. While the average bride from the 1940s through 1970s was closer to 20 years old, today she's at least 27.

SEE MORE: Keeping The Faith Might Be More Difficult If Your Parents Are Divorced

Some of the past social taboos are also more normalized now — like couples living together before marriage.

In some ways, it's still too early to say if millennials are better at staying committed. Typically, first marriages that end do so after 12 years.

And statistically speaking, second and third marriages don't tend to last like first ones.