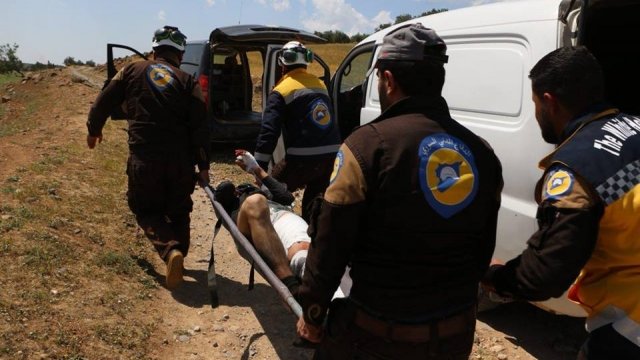 Syrian rescue workers commonly called the White Helmets have been without U.S. funding since March.

The volunteer group, officially called Syria Civil Defense, has worked throughout the civil war to provide emergency response and health services to people hit by airstrikes and chemical weapons attacks. The group is often vilified by the Syrian government and Russia. They've been called terrorists and are the subject of conspiracy theories.

But when President Donald Trump suspended aid to Syria in March, the White Helmets lost a major source of funding. The group has received more than $33 million from the U.S. since 2013.

Officials say that funding is still under review. Trump had suggested withdrawing U.S. forces from Syria, only to order joint air strikes on sites suspected to be a part of President Bashar al-Assad's chemical weapons program.