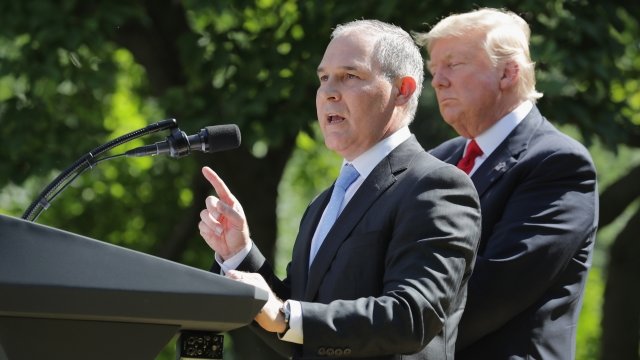 The government report says there is "no convincing alternative explanation" regarding humanity's impact on global warming.

That doesn't really go along with some past statements and actions by the Trump administration, and many are worried about the White House's response.

The report is mandated by law and produced by scientists from 13 federal agencies. Many experts consider it one of the most comprehensive reports on climate science, and some worried the administration would suppress or dismiss it.

The administrator of the Environmental Protection Agency and the White House press secretary didn't give the press a definitive answer.

On Friday, the White House did seem to downplay the report's significance when a spokesman said in a statement: "The climate has changed and is always changing ... the magnitude of future climate change depends significantly on 'remaining uncertainty in the sensitivity of Earth’s climate to [greenhouse gas] emissions.'"

"What the American people deserve is a debate ... transparent discussion about this issue,"  Environmental Protection Agency Administrator Scott Pruitt said during a June press briefing.

Pruitt and Secretary of Energy Rick Perry later proposed discussing climate change from a "red team, blue team" approach. That process involves a back-and-forth dialogue of critiques between two teams of scientists, and some believe that would help the public better understand both the certainties and uncertainties of climate change.

But climate science is already heavily reviewed and tested, and the scientific community has come to a consensus on the basics of it. Some say a "red team, blue team" exercise put forth by the Trump administration would undervalue that consensus and give credit to climate change deniers.