The Trump Administration Officially Backs Off A Border Project Promise 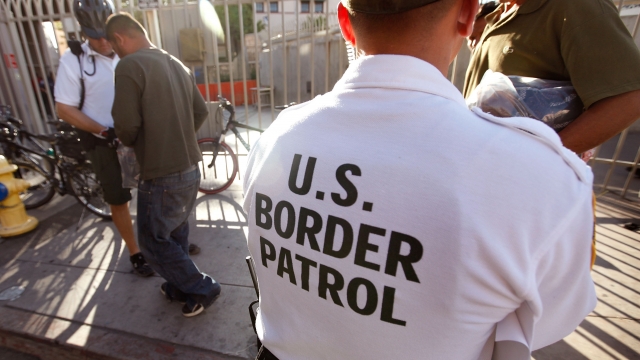 U.S. Customs and Border Protection said it might now consider proposals for concrete designs as well as proposals for other materials.

The Trump administration is officially backing off a campaign promise.

U.S. Customs and Border Protection is now considering "other designs" for the border barrier.

CBP updated its proposal page and said it might release two separate requests for proposals, or RFPs: One would be for concrete wall designs, and one would be for other materials.

US Considers Separating Kids And Adults At The Mexico Border

Typically, adults who illegally enter the U.S. with children are released from detention while they wait for a court hearing.

The update might not come as a surprise. In an interview on CBS' "60 Minutes" last year, Trump hinted at making at least part of the barrier from something other than concrete.

"For certain areas, a wall is more appropriate ... but a fence will be, yeah, there could be some fencing," Trump said on CBS' "60 Minutes."

The announcement comes as the administration faces pushback over the rumored cost of the project. Republican leaders have said it'll cost between $12 billion and $15 billion, but other analyses pin the cost at nearly double.

CBP didn't give a specific reason for the change. Over 600 parties have registered interest in designing the border barrier so far.