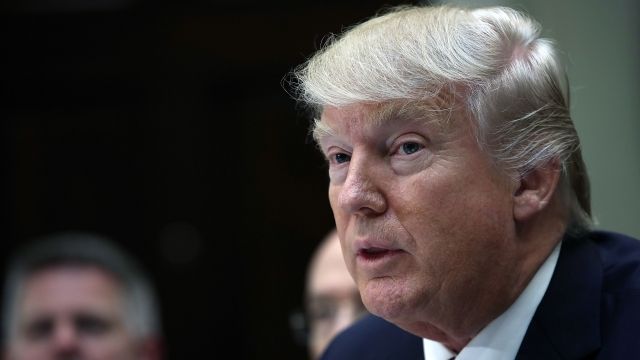 Thirteen people and 12 entities are facing restrictions for involvement in Tehran's missile program.

The Trump administration has imposed new sanctions on Iran days after the country test-fired a ballistic missile.

Just before the sanctions were announced, President Donald Trump tweeted that Iran was "playing with fire." He said the Middle Eastern country doesn't "appreciate how 'kind' President Obama was to them."

He also hinted at military action, saying "nothing is off the table" in regards to Iran.

Iran's foreign minister said the country is "unmoved" by threats and is not planning to use its military against anyone, except in self-defense.

The Treasury Department said the sanctions show how committed the U.S. is to abiding by the Joint Comprehensive Plan of Action.

That deal was made in 2015. The U.S. and other world powers adopted it to ensure that Iran's nuclear program would remain peaceful.

Iranian officials have insisted the ballistic test did not violate any agreements or laws.