US May Begin Development On Missiles Previously Barred By INF Treaty 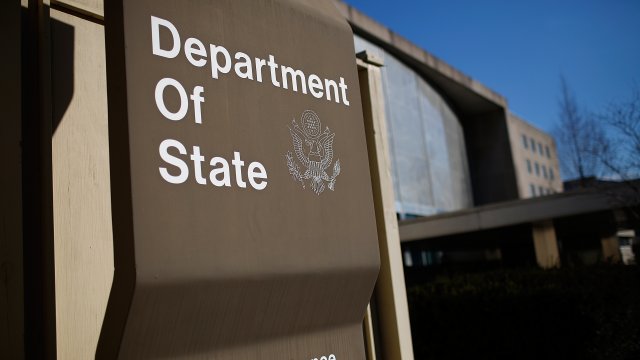 ​A State Department official said the Defense Department was now able to look into ​"research and development activities."

As the U.S. plans to withdraw from the Intermediate-Range Nuclear Forces Treaty, officials say it might start research and development on weapons previously banned by the treaty.

Undersecretary for Arms Control and International Security Affairs Andrea Thompson said Wednesday the Defense Department was now able to look into "research and development activities" that it couldn't conduct prior due to the INF treaty. Thompson also said there were no plans to deploy those systems to Europe, which is also barred under the treaty.

Thompson's comments came a day after Russia announced its plans to develop new ground-based missile launch systems. She dismissed the notion that the U.S. would develop any kind of weapon systems based on "reactions for Russia." She added that the U.S. will "develop systems and ... continue to refine and innovate those systems that increase the security of the American people."

The INF treaty was signed by the U.S. and the Soviet Union back in 1987. It banned either country from fielding ground-based missiles with a range of between 300 and 3,400 miles. The U.S. announced its decision to pull out of the treaty earlier this month after accusing Russia of developing a cruise missile system that violates the treaty. But Russia says those missiles don't travel far enough to be covered by the INF, and accused the U.S. of similar violations, which the U.S. denies.

At the moment, both countries intend to fully withdraw from the deal in six months.