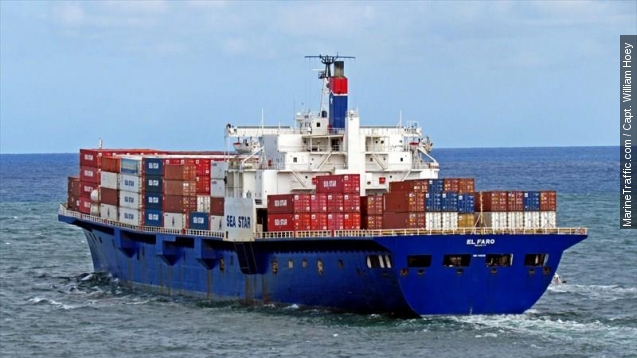 Wreckage discovered by the U.S. Navy in the Atlantic Ocean has been confirmed as that of El Faro, a cargo ship that disappeared on Oct. 1.

The U.S. Navy has identified the wreckage from the merchant ship El Faro, which sank Oct. 1 near the Bahamas on its way from Jacksonville, Florida, to Puerto Rico. All 33 people on board are presumed dead.

Coast Guard Capt. Mark Fedor told CNN the ship's main propulsion systems failed, stranding the vessel in the path of the Category 4 Hurricane Joaquin. "It's a very dire situation, a very challenging situation even for the most experienced mariner."

Before the vessel sank, the captain made an emergency call saying the hull was breached and the ship was taking on water.

TOTE Maritime, the company that owns El Faro, claims it had done enough to ensure the vessel was seaworthy and even filed a lawsuit asking the U.S. District Court in Florida to limit the company's liability if families of crew members sue for damages, a move that's seen by many as insensitive.

"Not even a full month after the loss of this vessel and now the family members are being told that legal action, if it's not forestalled completely, is going to have to be put on hold," Martin Savidge said on CNN.

The Navy is attempting to retrieve the ship's black box to determine exactly why El Faro lost propulsion.