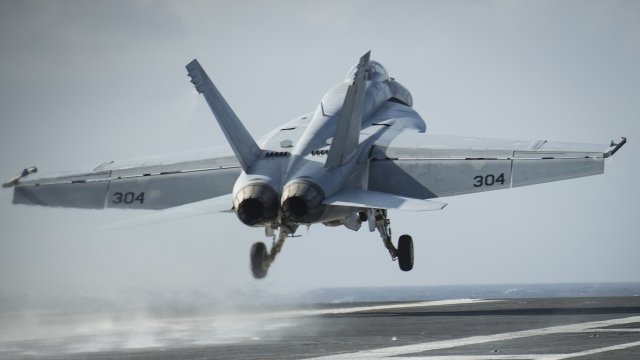 A U.S. Navy fighter jet crashed Wednesday near Key West, according to officials. Crews pulled the pilots from the water.

The U.S. Navy says both pilots involved in a fighter jet crash near Key West, Florida, on Wednesday have died.

The Navy says the pilots were flying an F/A-18F Super Hornet jet on a training flight when the incident happened. The pilots had to eject. Crews pulled them from the water and took them to the hospital. They were later declared dead.

It wasn't clear Wednesday evening what caused the crash. The Navy said it was investigating. Local media quoted a person in the area as saying the jet caught fire before it crashed about a mile from a runway.