US Officials Accuse More Drugmakers Of Overcharging For Certain Drugs 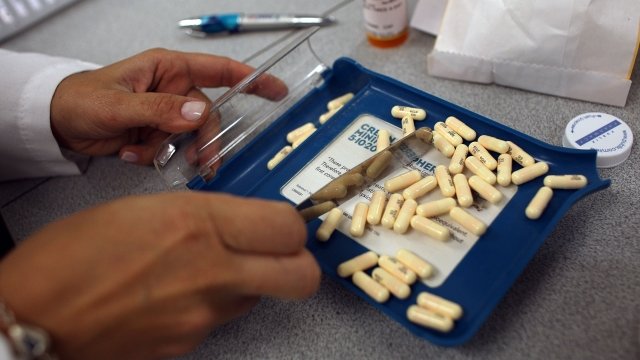 The companies are accused of working together to reduce market competition and keep drug costs high.

Officials in multiple states are looking to expand a lawsuit that accuses pharmaceutical companies of conspiring to overcharge for certain drugs.

Attorneys general in 45 states plus the District of Columbia and Puerto Rico filed a motion in federal court Tuesday to add 12 more generic drugmakers to the suit.

The motion also looks to expand the complaint to cover a total of 15 drugs, up from two when the suit was originally filed back in December.

Officials say the companies worked together to reduce market competition and keep drug costs high. They're also accused of collectively agreeing to raise prices for some medications.

Several of those drugmakers have denied the accusations against them.

Mylan said in a statement it "found no evidence of price fixing on the part of Mylan or its employees."

And Teva told USA Today via email it "denies these allegations and will continue to defend itself vigorously in court."

It's unclear when the court will decide if the lawsuit can be expanded.