Report: US Prepping Document On Israeli Sovereignty Over Golan Heights 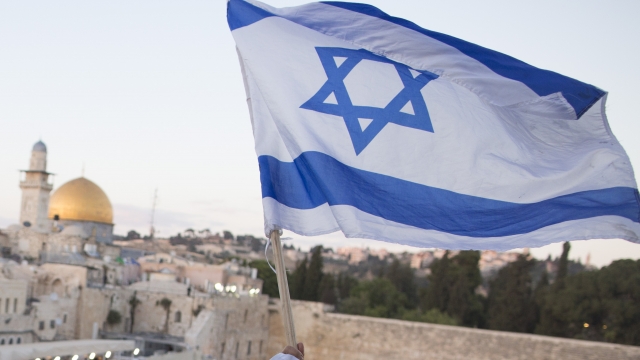 An official told Reuters the U.S. is preparing a document "to codify recognition by the United States of Israeli sovereignty of the Golan Heights."

The U.S. is reportedly getting ready to formally recognize the Golan Heights as part of Israel.

A senior administration official told Reuters the U.S. is preparing a document "to codify recognition by the United States of Israeli sovereignty of the Golan Heights."

The report comes one day after President Trump tweeted that the U.S. should "fully recognize Israel's sovereignty" over the disputed area.

As Newsy previously reported, both the U.S. and the United Nations have viewed the Golan Heights as occupied Syrian territory for 52 years. Israel seized it from Syria in the Six-Day War of 1967 and annexed it in 1981.

If and when it's formalized, the change would follow President Trump's decision to recognize Jerusalem as the capital of Israel and relocate the U.S. Embassy to the city from Tel Aviv.