The US-Cuba Diplomatic Relationship Might Be Headed For A Breakup 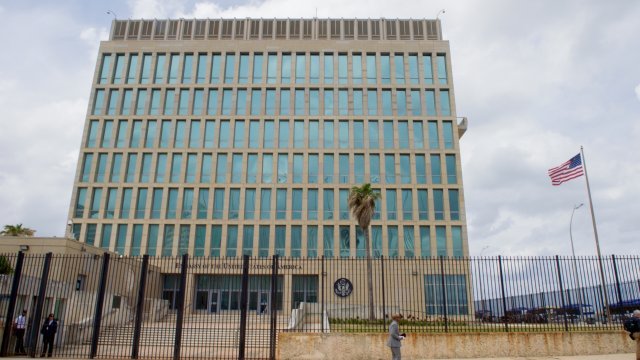 After a "firm and frank" meeting with the Cuban foreign minister, the U.S. removes most employees from the embassy in Havana and stops most services.

The diplomatic relationship between the U.S. and Cuba seems to be breaking down.

Since then-President Barack Obama restored diplomatic ties with the island nation, the relationship between the two countries has been fragile. After President Donald Trump took office, he made it clear he wanted to undo much of the progress made under Obama.

The Trump administration ordered all "nonemergency" U.S. government employees and their families to leave the country. And the U.S. Embassy in Havana is only offering emergency services.

All Americans are advised not to travel to Cuba.

This announcement comes just a few days after Secretary of State Rex Tillerson's meeting with Cuba's foreign minister — a meeting described as "firm and frank."

In that tense meeting, the two discussed the health issues American diplomats have suffered in Havana since late 2016, including hearing loss, dizziness and difficulty sleeping.