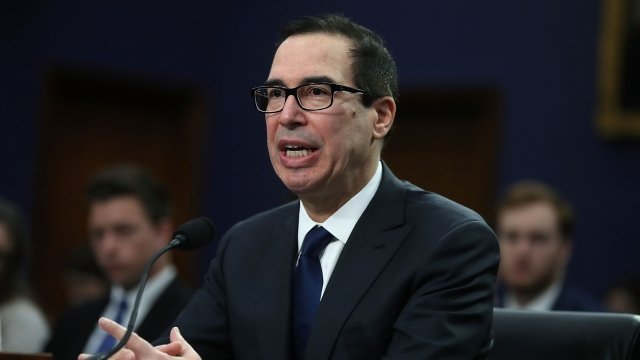 A U.S. delegation reportedly gave China a list of demands while in the country for trade talks.

U.S. Treasury Secretary Steven Mnuchin and other delegates reportedly presented China with a laundry list of economic complaints and demands this week while they were in the country discussing trade.

The Wall Street Journal reports one of the larger asks on the list is a request that China cut its trade deficit with the U.S. by $200 billion by the end of 2020. That's twice what the Trump administration reportedly asked of China in March.

The Trump administration also reportedly demanded that China cut tariffs on U.S. imports and that the country not retaliate if the U.S. imposed trade restrictions on China.

The trade talks ended Friday, and Mnuchin said the two countries were "having very good conversations." China's official news agency said both sides agreed to some things but that "relatively big differences" remain.