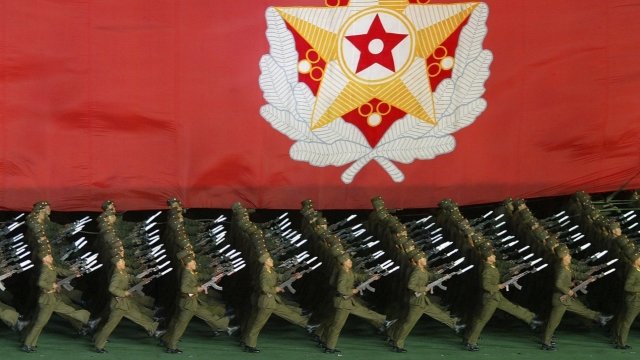 The U.S. is imposing new sanctions on Chinese and Russian companies and on individuals accused of helping North Korea.

The U.S. is imposing new sanctions on Chinese and Russian companies and on individuals accused of helping North Korea with its ballistic missile and nuclear programs.

On Tuesday, the Treasury Department announced sanctions against 10 entities and six individuals the agency says did business with North Korea in ways that supported the country's weapons programs.

Musk has been a pretty vocal critic of AI, and his comments come amid escalating tensions between the U.S. and North Korea.

President Donald Trump has repeatedly criticized China, in particular, for not doing enough to stop its neighbor's weapons programs.

Beijing said it supports the tough sanctions the United Nations imposed on the reclusive nation earlier this month. But many Chinese companies are still doing business with the North Korean government anyway.