US Says There Are 'Conditions' To Be Met Before Syria Withdrawal 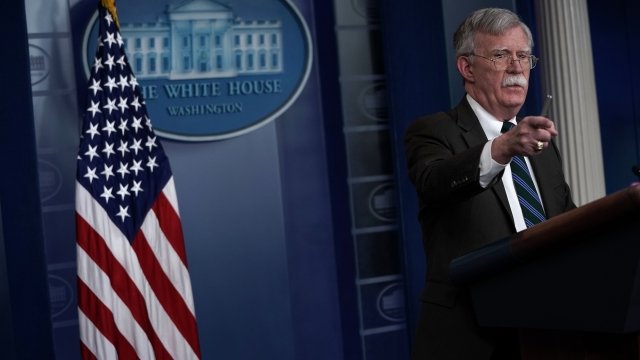 For starters, the U.S. wants assurances its Kurdish allies will be safe.

Bolton made the comments on a trip to Israel meant to reassure the country about the president's plan to withdraw troops from neighboring Syria.

In December, President Donald Trump announced the U.S. would withdraw all its forces in Syria immediately.

But Bolton told reporters in Jerusalem there wasn't a timetable to leave northeastern Syria. Instead, he said, the U.S. will stay until remnants of ISIS are defeated and until Turkey guarantees the safety of Kurdish forces in Syria.

Turkey's government believes the Kurdish fighters have ties to Kurdish insurgents within its borders, and it's attacked the fighters in the past.

Bolton will meet with Turkish President Recep Tayyip Erdogan this week to discuss the issue.