The Majority Of Global Smoking Deaths Come From These 4 Countries 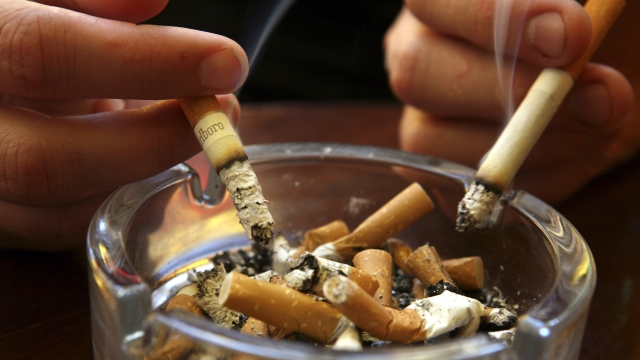 A new medical study found half of the world's cigarette-related deaths come from just four countries: China, India, Russia and the U.S.

Smoking causes 1 in every 10 deaths in the world, and the U.S. is a major contributor.

A new medical study found half of the world's cigarette-related deaths come from just four countries: the U.S., China, India and Russia.

Now, over 50 years of cigarette research hasn't fallen on deaf ears. Most countries have seen significant decreases in smoking rates, thanks to a combination of more taxes, warning labels and education programs.

Smoking Pot Might Increase Your Risk Of Stroke And Heart Failure

With marijuana use, patients' risk for stroke went up by 26 percent, a new study found.

But 15 percent of American adults were still regular smokers in 2015. Because the U.S. has such large population, that amounted to about 37 million smokers.

And both the U.S. and world populations continue to grow, which has led to a 5 percent increase in the global number of smoking-related deaths since 2005.

The study added that worldwide deaths could continue to increase as tobacco companies focus more and more on developing markets, like sub-Saharan Africa.