US And South Korea Agree On Cost Of US Troops 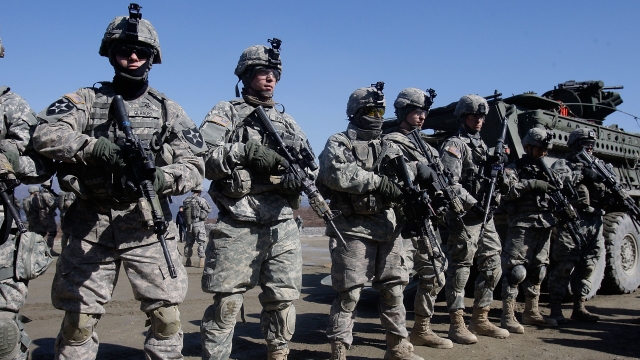 South Korea will contribute just under $1 billion a year under the preliminary agreement.

The State Department says it's reached a preliminary deal on the cost of keeping nearly 30,000 U.S. troops in South Korea.

The most recent agreement ended last year. A State Department official said under the revised Special Measures Agreement, South Korea will contribute just under $1 billion a year to support American troops there, up from about $800 million.

But a State Department source said unlike the five-year agreements the countries have made in the past, this one will only last a year with the possibility of extending for another year.

Last spring, The New York Times reported President Trump had asked the Pentagon to come up with plans to cut the number of U.S. troops in South Korea.

But President Trump denied that in an interview with CBS that aired Sunday, saying he has "no plans" to withdraw U.S. troops from South Korea and "never even discussed removing them."