US Still Says Syria's Assad Must Go, But When? 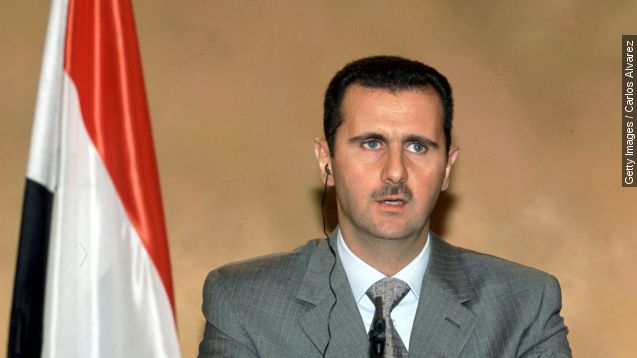 During his address to the U.N., President Obama again called for the removal of Syria's Bashar al-Assad, but this time, he didn't specify a timetable.

"Realism also requires a managed transition away from Assad and to a new leader," President Obama said. During his address to the U.N. General Assembly on Monday, President Obama once again called for the removal of Syrian dictator Bashar al-Assad.

That wasn’t especially newsworthy. Getting rid of Assad has been U.S. policy for  a while now." Assad needs to go," President Obama said in August 2011.

But today, the administration's position sounds more like: Assad needs to go — eventually.

"It doesn't have to be on Day One or Month One. There is a process by which all the parties have to come together and reach an understanding of how this can best be achieved,” U.S. Secretary of State John Kerry said.

Secretary Kerry and other Western leaders have in recent weeks floated the idea that Assad can remain in power in the short term while they figure out a political solution. (Video via YouTube / Syrian Presidency)

"We should acknowledge that no-one except for Assad and his militia is truly fighting ISIS in Syria," President Vladimir Putin said at the U.N. General Assembly.

In the view of Russian President Vladimir Putin, the only way to roll back ISIS is to cooperate with its enemy — the Syrian government.