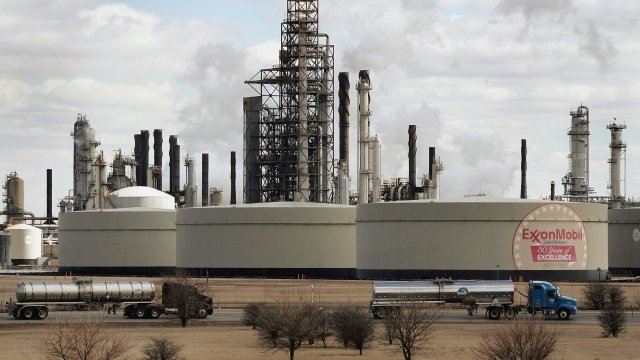 Exxon had appealed a Massachusetts court decision that let the state's attorney general investigate the company.

The U.S. Supreme Court has shut down an appeal from Exxon Mobil Corp.

Let's take a step back: Massachusetts Attorney General Maura Healey is looking into whether Exxon knew about the role fossil fuels play in climate change. Exxon sued to stop the investigation.

The case went all the way to Massachusetts' highest court, which ruled Healey had jurisdiction to obtain decades' worth of records and determine if Exxon was misleading consumers and investors. Exxon appealed the decision, but SCOTUS just denied that appeal.

New York filed a similar lawsuit back in October. That suit claimed the company deceived investors about the risks future climate change regulation could have on its business. At the time, Exxon called the claims "baseless."

But those legal moves go back even further — documents from the 1970s and 1980s show Exxon's scientists figured out fossil fuel combustion needed to be decreased to reduce the effects of climate change. Exxon says the documents were consistent with the company's public opinion. Several news outlets reported on those documents in 2015, which led to the Massachusetts and New York investigations.