The US Is Gearing Up To Send Antitank Missiles To Ukraine 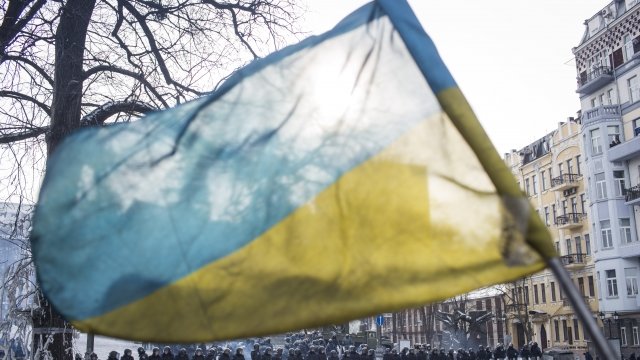 Ukraine is praising the U.S. decision to sell the country lethal weapons.

The State Department announced late Friday that the U.S. would provide Ukraine with "enhanced defensive capabilities" but didn't go into much detail.

Ukraine's president says the pro-Russian separatist is part of a Kremlin puppet show.

Unnamed officials told outlets the U.S. plans to send, among other things, Javelin antitank missiles. Ukraine has requested the missiles to help it fight Russian-backed separatists.

The move comes days after the Trump administration said it would allow the sale of small arms like sniper rifles and ammunition to the country.

A Russian government official said the U.S. decision to provide the antitank weapons crossed a line and that it will fuel conflict.

But a State Department spokesperson says that Ukraine has the right to defend itself.