US Traffic Deaths Are Down Slightly, But The Numbers Still Aren't Good 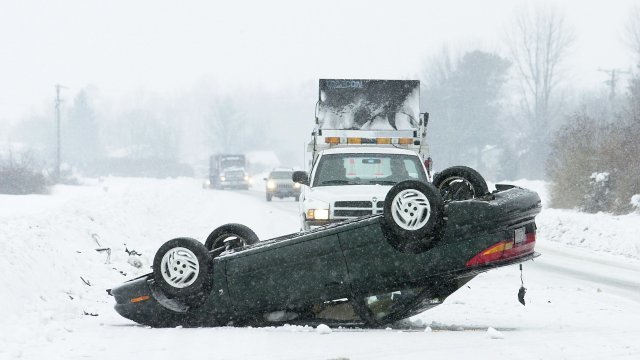 According to the National Safety Council, there were 40,100 motor vehicles deaths last year. That's down about 1 percent from 2016's total.

After two years of big spikes, traffic deaths in the U.S. have fallen slightly.

But officials say we still have a lot of work to do to make America's roads safer.

According to estimates from the National Safety Council, there were 40,100 motor vehicles deaths last year. That's down about 1 percent from 2016's total of 40,327 fatalities.

Drugged Driving May Now Be Worse Than Drunk Driving

For fatal accidents where the driver's blood was tested, drugs appeared in drivers' systems more often than alcohol, according to a new study.

Still, the NSC said that smaller number isn't necessarily an indication of progress.

As the organization's CEO said in a statement, "This is a stark reminder that our complacency is killing us. The only acceptable number is zero; we need to mobilize a full court press to improve roadway safety."

In order to keep traffic deaths down, the NSC urges drivers to practice defensive driving, learn about their vehicle's safety systems and get recalls fixed immediately.