US And Turkey In Sanctions Battle Over Detained American Pastor 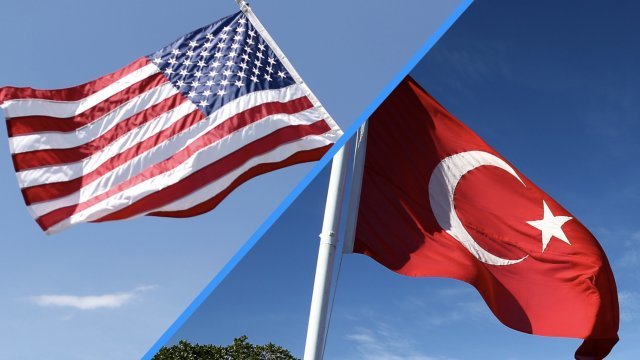 The U.S. and Turkey are in the beginnings of a sanctions tit-for-tat.

The U.S. Treasury Department sanctioned two Turkish government officials Wednesday in the name of "serious humans rights abuse." At issue is the detention of an American pastor who's been accused of terrorism and espionage.

Turkey says it will respond in kind and that the U.S. sanction decision "disrespectfully intervenes with our judicial system."

But Bloomberg reports the U.S. might impose even more punishments. The Trump administration reportedly has a list of Turkish entities and individuals that could face sanctions if the pastor isn't released.