US Will Send Ukraine $200M To Boost Defenses 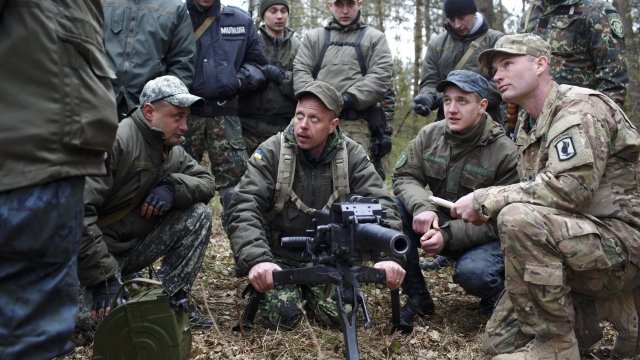 The funds are for "additional training, equipment and advisory efforts to build the defensive capacity of Ukraine's forces."

The U.S. will provide $200 million to Ukraine to bolster the country's defenses.

The Defense Department said the funds would be used for "additional training, equipment and advisory efforts to build the defensive capacity of Ukraine's forces."

The U.S. has given Ukraine more than $1 billion since 2014, when Russia annexed Crimea. Since then, Ukraine has fought against separatists in the east that Western powers believe to be backed by Moscow.

Before Ukraine could get the latest defense support, it had to pass a law updating its national security architecture.