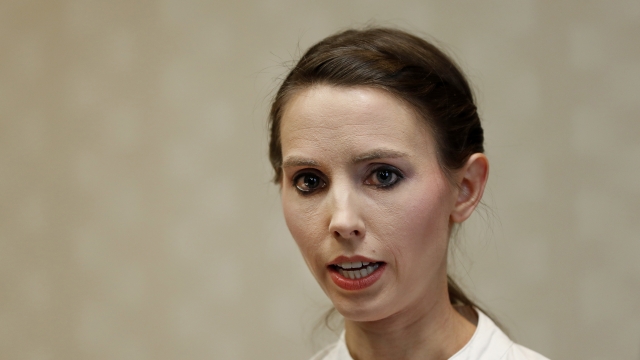 The fight for substantive change within the sport's national governing body is just beginning.

The legal wrangling between USA Gymnastics and the victims of sexual abuse by former national team doctor Larry Nassar, among others, is over.

The fight for substantive change within the sport's national governing body is just beginning.

A federal bankruptcy court in Indianapolis on Monday confirmed a $380 million settlement between USA Gymnastics and the U.S. Olympic and Paralympic Committee and the hundreds of victims, ending one aspect of the fallout of the largest sexual abuse scandal in the history of the U.S. Olympic movement.

Over 90% of the victims, who number more than 500, voted in favor of the tentative agreement reached in September. That agreement called for $425 million in damages, but a modified settlement of $380 million was conditionally approved by the court. More than 300 victims were abused by Nassar, with the remaining victims abused by individuals affiliated with USA Gymnastics in some capacity.

The financial fallout, however, is just one part of the equation. A series of nonmonetary provisions will make the victims stakeholders at USA Gymnastics going forward. The provisions include a dedicated seat on the organization's Safe Sport Committee, Athlete Health and Wellness Council and the board of directors, as well as a thorough look at the culture and practices within USA Gymnastics that allowed abusers like Nassar to run unchecked for years.

"Individually and collectively, survivors have stepped forward with bravery to advocate for enduring change in this sport," USA Gymnastics president Li Li Leung said in a statement after the settlement was approved. "We are committed to working with them, and with the entire gymnastics community, to ensure that we continue to prioritize the safety, health and wellness of our athletes and community above all else."

Hundreds of girls and women have said Nassar sexually abused them under the guise of medical treatment when he worked for Michigan State University, USA Gymnastics, which trains Olympians, and a Michigan gym that's a USA Gymnastics member.

He pleaded guilty in federal court to child pornography crimes before pleading guilty in state court to sexually assaulting female gymnasts, and he was sentenced in 2018 to 40 to 175 years in prison.

Rachael Denhollander, who in the fall of 2016 was the first woman to come forward to detail sexual abuse at the hands of Nassar, said the provisions were a pivotal part of the mediation process.

"It's not about money, it's about change," Denhollander told The Associated Press in a phone interview on Monday. "It's about an accurate assessment of what went wrong so that it is safer for the next generation."

Denhollander has been one of the most outspoken Nassar victims from the outset of the scandal. She said it was important to move past the legal proceedings so women can move forward with their lives and get the help they need.

"The frank reality is the longer this goes on, the more difficult it is for survivors," she said. "So many of these women, they can't access medical care without a settlement. We had to balance that reality with the length of time it was taking. We felt it was in the best interest of everyone to accept this settlement ... so that survivors would receive some semblance of justice."

Denhollander pointed out some of the medical care required is not covered by certain types of insurance. The settlement will ease part of the financial burden.

The settlement comes nearly four years after an emotional sentencing hearing in Michigan in which hundreds of women detailed their experiences with Nassar and the toll it took on their lives.

USOPC CEO Sarah Hirshland said the organization — which is paying $34 million of its own money and $73 million more from insurers toward the settlement — recognizes its role in "failing to protect these athletes, and we are sorry for the profound hurt they have endured."

Denhollander described the five-plus years from when she first approached reporters at the Indianapolis Star to Monday as "hellish."

USA Gymnastics filed for bankruptcy in November 2018 in an effort to consolidate the various lawsuits filed against it into one place. The move also forced the USOPC to halt the decertification process it began against USA Gymnastics.

The organization has undergone a massive leadership overhaul in the interim and the settlement will allow it to continue in that capacity going forward.