Team USA Struggles Through A Disappointing Day At The Winter Olympics 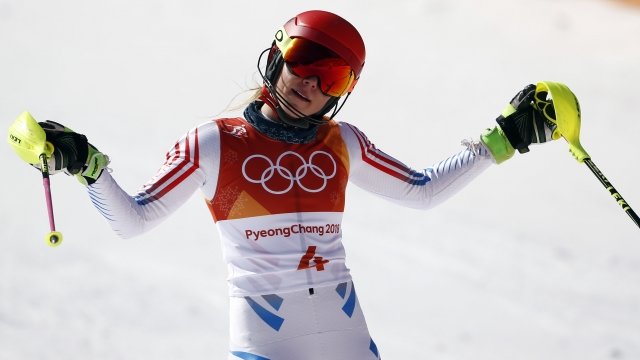 Friday was a disappointing day for several American athletes competing at the Winter Olympics.

Friday was a disappointing day for several American athletes competing at the Winter Olympics.

After winning gold in the women's giant slalom, skier Mikaela Shiffrin didn't medal in her trademark event — the slalom.

Shiffrin came in fourth place in the event. She told reporters she got sick before her first run and that she was tired after the medal ceremony and interviews that followed her big win the day before.

Figure skater Nathan Chen was expected to dominate in the men's short program. But he tumbled to 17th place after failing to land multiple jumps.

Alpine skiing events and other competitions have been rescheduled multiple times because of wind gusts that have reached about 40 miles per hour.

He'll have one last shot for redemption when he competes in the free skate event Saturday.

And snowboarder Lindsey Jacobellis missed her shot at a gold medal once again in the women's snowboardcross, finishing fourth.

But at least there was some good news for the U.S. men's hockey team. They beat Slovakia 2-1 to advance to the top of their group.