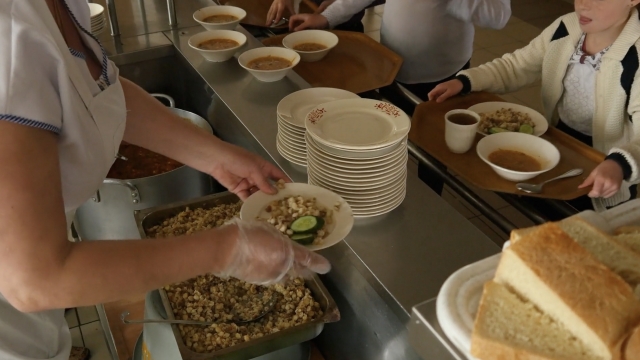 Lawmakers accused the USDA of hiding data on how proposed SNAP changes would affect students. Its new analysis breaks it down.

On Tuesday, the USDA released a new analysis of the Trump administration's proposal to revise the food stamp program. It says the proposed rule could cut free school lunches for about 500,000 children.

The USDA initially proposed the changes to SNAP in July. But the chairman of the House Committee on Education and Labor, Rep. Bobby Scott, criticized the proposal and said the USDA was hiding data on how students would be affected. The chairman asked the agency to revise its proposal and restart the comment period.

Tuesday's analysis is the USDA's response, with new information added for "the interest of public transparency." It also opened up a 14-day comment period.

Before this new was analysis was released, Agriculture Secretary Sonny Perdue said: "For too long, this loophole has been used to effectively bypass important eligibility guidelines. That is why we are changing the rules, preventing abuse of a critical safety net system, so those who need food assistance the most are the only ones who receive it."

According to the new USDA analysis, about 45% of the 982,000 children that currently get free school meals thanks to automatic enrollment would still be eligible for free meals under the new rule. Those kids come from families with annual household incomes of up to around $33,000. That's considered the poverty threshold for a four-person family.

About 497,000 children would only be eligible for reduced-cost school meals — 30 cents for breakfast and 40 cents for lunch — since their households make up to $48,000. That amount is an annual income of between 130% and 185% of the federal poverty level. The other 40,000 children would no longer be eligible for free school meals because their household income is higher than 185% of the poverty level.

On Wednesday, Scott said the USDA's new analysis shows the "impact of its proposed rule would be even worse than we had feared." He said: "Even for those who remain eligible, forcing low-income families to navigate the burdensome paperwork will inevitably lead to eligible children losing access to a critical source of daily nutrition."