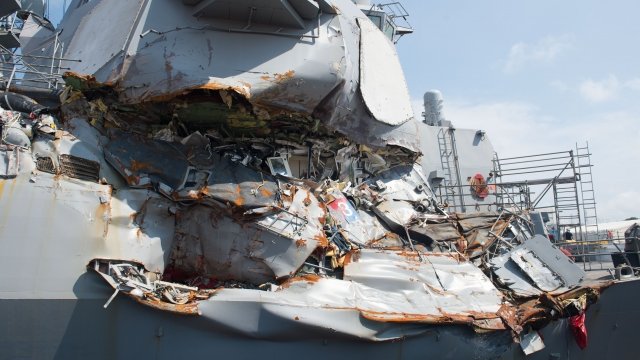 According to a statement from the Navy, the officer pleaded guilty to a dereliction of duty charge Tuesday.

A junior officer on board the USS Fitzgerald has pleaded guilty in connection with the shipwreck that killed seven U.S. sailors last year.

According to a statement from the Navy, the officer pleaded guilty to a dereliction of duty charge Tuesday.

She received a punitive letter and will give up half a month's pay for three months as punishment.

She was serving as officer of the deck when the Fitzgerald collided with a merchant ship off the coast of Japan back in June.

As of right now, the Navy says the officer will remain on active duty.