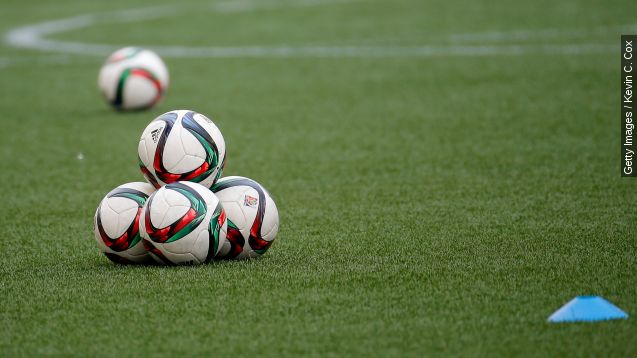 The women's national team was supposed to play at Aloha Stadium in Honolulu, Hawaii, but canceled early Sunday morning over the condition of the turf.

The U.S. Women's National Team canceled their game against Trinidad and Tobago on Sunday because of bad turf conditions.

The U.S. Women's team was supposed to play a Victory Tour match at Aloha Stadium in Honolulu, Hawaii, but said the turf was "not suitable to hold an international match."

On social media, players complained about how bad the turf was with some posting pictures showing how easy it was to lift certain sections.

"I'm very disappointed with the surface to be honest. I think coming to Hawaii is great and it's great to be able to play here, but when you take a look at the field it's just not good enough," Carli Lloyd told KGMB.

The cancellation comes two days after Megan Rapinoe tore her ACL while practicing on a grass field which, ESPN reports, was also in poor condition. The injury might keep her out of the 2016 Olympics. (Video via KHON)

While the cancellation of a match might come as a surprise, the women have endured bad turf before. Still, it doesn't appear much is being done about their complaints.

Last year, the U.S.' Abby Wambach and players from around the world filed a gender discrimination lawsuit against FIFA and the Canadian Soccer Association over artificial turf at the 2015 World Cup.

The players argued they should be allowed to play on grass like all the men's World Cups and said turf is less forgiving for injuries and makes the ball bounce unnaturally.

"The abrasions you get from the turf are incredibly bad. You have to worry about other types of major injuries as well, which we think are higher on turf," Meghan Klingenberg told MSNBC.

The players eventually dropped the lawsuit.

U.S. Soccer is offering full refunds to fans who bought tickets to the game in Honolulu.