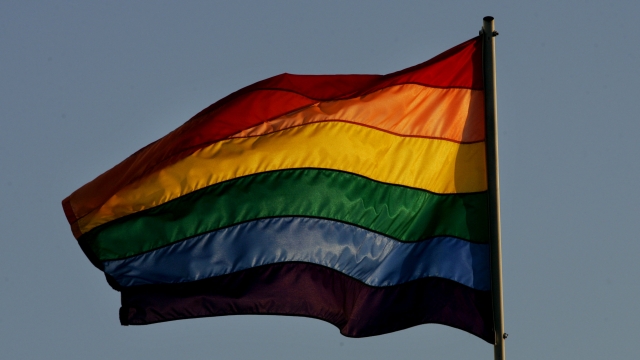 The "therapy," which aims to change a person's sexual orientation or gender identity, has been linked to depression and suicidal thoughts.

The rule prohibits psychologists and therapists from attempting to change the sexual orientation or gender identity of a minor.

Gov. Gary Herbert said: "I have learned much through this process. The stories of youth who have endured these so-called therapies are heart rending, and I’m grateful that we have found a way forward that will ban conversion therapy forever in our state."

Utah state Rep. Craig Hall was the first to propose the legislation last year, but the bill was modified so severely by conservatives that he later withdrew support of his own bill.

Ensuing protests by the LGBTQ community led to an apology from Gov. Herbert, who then directed state regulators to take up the issue.

The effort also faced challenges from the Church of Jesus Christ of Latter-day Saints — commonly known as the Mormon Church — which said the proposed rule did not adequately address parental and religious rights.

But advocates, state officials and the church eventually united around the version of the rule that just took effect.

Law professor Clifford Rosky at the University of Utah helped with the wording of the ban. He told The Salt Lake Tribune, "There will be many more bills introduced in conservative states across the country, and they're looking at our example to show that this is no longer a partisan cause."

So-called conversion therapy has been discredited. Its practice has been linked to depression, anxiety and a higher risk of suicide.