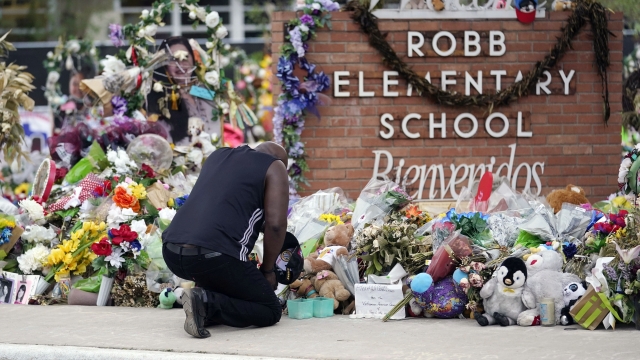 New details about the lack of police response during the shooting at Robb Elementary have put pressure on the sheriff to testify.

Uvalde County Sheriff Ruben Nolasco is expected to testify Monday before the Texas House Committee as officials continue to clash over the police response to the shooting at Robb Elementary School.

Nolasco's decision to testify comes after the chairman of the Texas House Committee filed a notice stating Nolasco had refused to testify in the investigation.

New details regarding the lack of police response that day have also put pressure on the sheriff to testify.

One of the latest insights comes from a review released by Texas State University, which found that a police officer had an opportunity to shoot the gunman before he entered the school but didn't because he was apparently waiting for permission to fire.

This has frustrated and angered many in the Uvalde community.

It's been nearly seven weeks since 19 fourth-graders and two teachers were killed at the school.