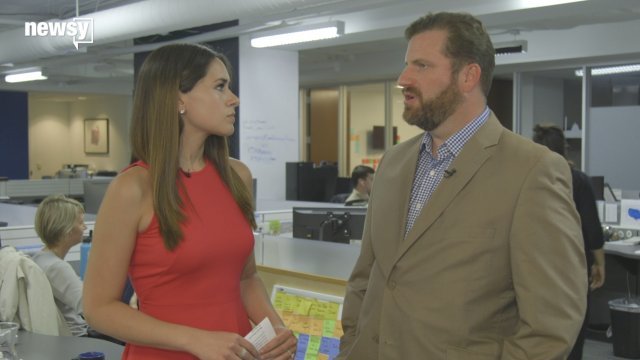 Virginia's governor and two senators are probing abuse allegations made at the Shenandoah Valley Juvenile Center.

Lawmakers in Virginia are investigating startling abuse allegations against staff members at a juvenile detention facility. The staff members are accused of mistreating immigrant children between 2015 and 2018.

U.S. Sens. Mark Warner, and Tim Kaine reached out to the U.S. Office of Refugee Resettlement to find out more about the Shenandoah Valley Juvenile Center shortly after The Associated Press reported on the alleged abuse, which was detailed in a federal civil rights lawsuit. Additionally, Virginia Gov. Ralph Northam announced Thursday that the state would investigate the matter.

House Pushes Vote On Compromise Immigration Bill To Next Week

The House of Representative was initially expected to vote on the bill Thursday.

According to court filings, children in the facility's care were stripped of their clothes and strapped in chairs with bags placed over their heads.

An immigrant from Honduras, who was 15 when he was sent to the center, told the AP: "Whenever they used to restrain me and put me in the chair, they would handcuff me. Strapped me down all the way, from your feet all the way to your chest, you couldn't really move. They have total control over you."

A former child development specialist also told the AP that she saw kids in the facility with serious injuries.

Lawyers for the juvenile center denied all accusations in court filings.

The allegations come as Congress debates the future of immigration law, with the House set to vote on a "compromise" bill next week. The "conservative" legislation, which didn't get enough votes to pass, was proposed by House Judiciary Chairman Bob Goodlatte, whose home district includes the facility. He called the allegations "alarming" and said they "certainly merit a thorough investigation to uncover the truth."