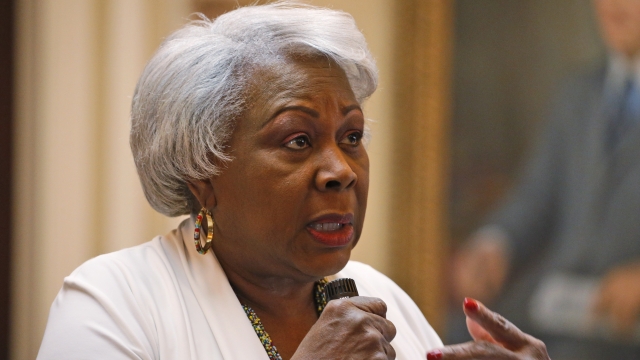 A source told local television station WAVY that an internal investigation is underway.

A Virginia police chief has been placed on leave after she sought felony charges against a state senator and other Black leaders over damage to a Confederate monument.

A spokesperson for the city of Portsmouth, Virginia said Police Chief Angela Greene is on paid leave for three weeks, but would not comment further. A source told local news station WAVY that an internal investigation is underway.

Greene charged State Senator Louise Lucas and other Black community members with conspiracy to commit a felony against a Confederate monument after it was defaced during protests in mid-August.

Greene's charges for Lucas were based on a speech she gave hours before the structure was damaged. Lucas' supporters argued the case is flimsy and violates free speech.