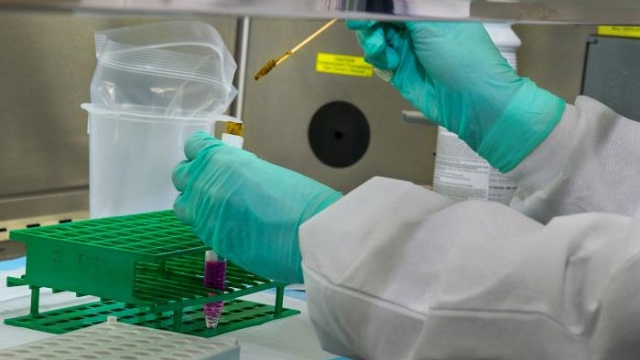 The discovery of the polio virus in New York comes just after British health authorities found evidence the virus was spreading in London.

The virus that causes polio has been discovered in New York's wastewater.

Officials say it's a sign the disease is quietly spreading among unvaccinated people.

The infection caused paralysis in one person a few weeks ago in Rockland County, north of New York City.

"It's the rare case that causes paralysis, so that means there must be several hundred other cases in the community circulating before you see this one case," said Dr. José Romero, director of the CDC’s National Center for Immunization and Respiratory Diseases.

Though all New York children are required to have a polio vaccine, Rockland and Orange counties are known areas of vaccine resistance.

"It's not just this community. It's any other community that's surrounding it that has low vaccination rates that's also at risk, so the spread is always a possibility because the spread is going to be silent," said Dr. Romero.

"We are dealing with a trifecta. COVID is still very much here. Polio, we have identified polio in our sewage. And we're still dealing with the monkeypox crisis," said Mayor Eric Adams.

Polio was once one of the country's most feared diseases. It affected children mostly.

Annual outbreaks have caused cases of paralysis for thousands.

Polio has been mostly wiped out in developed countries, but outbreaks remain in Pakistan, Afghanistan, and parts of Africa.

"Finding polio in a country where we've found high levels of vaccination, haven't seen polio cases for over 40 years is significant. This is just the tip of the iceberg. The very, very tip of the iceberg," said Dr. Romero.

The discovery of the polio virus in New York comes just after British health authorities found evidence the virus was spreading in London.

Children there, ages one through nine, were made eligible for booster shots of the vaccine this week.