People May Have Believed In Vampires Due To Misunderstanding Medicine 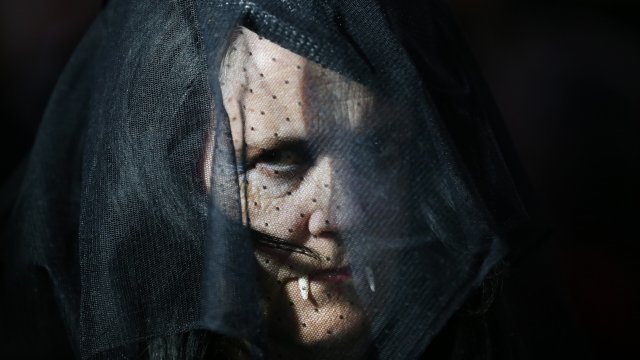 Our belief in the supernatural creatures can be traced back to a time in which our understanding of medicine wasn't all that great.

Countries around the world have their own myths about vampires, but scientists say one thing many of the stories have in common is that they may have been based on real diseases.

For instance, many Europeans started believing in vampires while one of the largest recorded rabies epidemics raged across Europe. Researchers say that at the time, people thought supernatural creatures and dogs were mortal enemies. They thought vampires would turn into dogs so they could kill the real dogs guarding a village and then hunt the humans inside.

And as more dogs and humans got bit by rabid animals, people noticed that both species showed similar symptoms. So people assumed the sickness came from vampire dogs.

Some diseases can cause the physical changes that we associate with classic vampires. Researchers point to pellagra and porphyria, diseases that can cause people to develop rashes and burn when exposed to sunlight or oral inflammation that can make teeth appear sharper.

How Do Isaac Asimov's Laws Of Robotics Hold Up 75 Years Later?

In the future, robots will become more human than ever. But there are concerns about how they'll make ethical decisions.

When it comes to why people thought vampires drank blood, some researchers have linked it to tuberculosis outbreaks in 18th century New England. It accounted for a quarter of all deaths. If someone in your family contracted the disease, chances were they'd spread it to their family before they died.

As families started dying, remaining members would exhume the corpse of the original contractor to see if there was "fresh" blood in their heart. If there was, families believed the corpse was staying "alive" by draining the blood from other relatives. In reality, tuberculosis causes the chest to fill with blood that stays there after someone dies.

To keep vampires from "coming back," some villages shoved stones in corpses' mouths, while others simply decapitated them. In New England, they frequently burned vampire hearts and inhaled the smoke, thinking it could cure them of vampirism.