Experts Say Vaping-Related Illnesses Are Rare Outside The U.S. 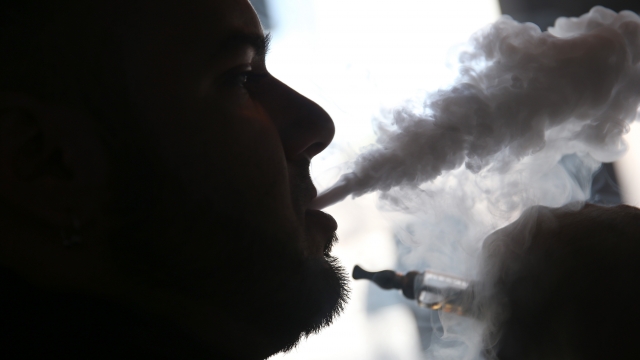 Investigators have explored the possibility that the U.S. outbreak may be related to illicit products with generic labels.

Vaping-related illnesses have affected over 1,000 people and killed more than two dozen in the U.S., and experts say this is likely "a U.S.-specific phenomenon."

Experts in toxicology and addiction told Reuters there are no patterns of this type of illness anywhere else in the world.

John Britton, the director of the UK Center for Tobacco and Alcohol Studies at Nottingham University, said, "What's happening in the U.S. is not happening [in the U.K.], nor is it happening in any other countries where vaping is common."

The U.S., U.K. and France are the current leaders in market size for vape products, yet the majority of lung illnesses linked to vaping are in the U.S. That said, it's important to note that the U.S. market is the largest of the three by far, according to BBC News.

Investigators have suggested the problem may stem from vaping products containing THC, the psychoactive compound in marijuana.

While no single product has been linked to all cases, health officials say they've spotted patterns involving generic labels that are slapped on counterfeit products, regardless of what they are or how they were made.

Vape oils with THC are banned in the U.K.